Recently, a colleague of mine asked: “Have you noticed that there are less insects squashed on your car windscreen these days?” And I thought about it, and yes, there are definitely less bugs on my windscreen after a long drive now, as compared to when I was younger.

As a child, my family used to regularly drive across the North Island of New Zealand, from Wellington to Auckland and back, and I do distinctly remember there being numerous splattered insect remains on the car windscreen; and I remember mum or dad cleaning the insects off at the gas station, with the windscreen steadily becoming re-splattered within another hour or so of driving.

The reason my colleague brought up this issue was due to an article published in The Telegraph, which discusses the aptly named ‘windscreen phenomenon’.  The Telegraph article follows on from an earlier article published in Science News, and Radio New Zealand also covered the story here.  The jury is still out as to whether this is a sign of actual insect decline, or perhaps it is a result of other factors, such as the more streamlined modern car.

The windscreen (or windshield) phenomenon was coined by entomologists to define the relatively recent apparent lack of insects inadvertently colliding with car windscreens during transit.  This is purely observational, but it does correlate with recorded decreases in pollinators, and other more charismatic insect species albeit still pollinators, such as butterflies.

This got me thinking about the insects that I saw regularly, and captured, as a kid – have I seen that particular species recently?  When was the last time I saw it?  And does that necessarily mean they are declining just because I haven’t seen them?  This exercise for me is purely speculative and observational, however, I thought it would be interesting to research a couple of the insects that I haven’t seen much of, and then see if there is any information on how they are faring these days. Maybe they have experienced some population decline or range restriction…or perhaps I just need to look a little harder! 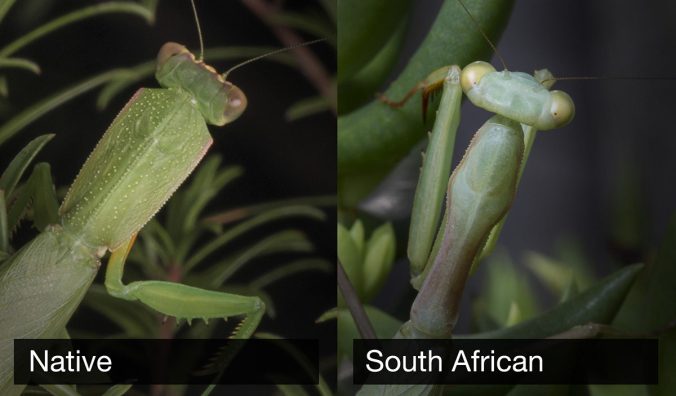 Now this one I know is recorded as declining (Buckley et al., 2012).  I haven’t seen one of these guys for ages, but I do remember seeing them fairly consistently circa late 80’s early 90’s in suburban Auckland.  It is thought that the decline of the native mantis is due to competition with the introduced South African mantis (Miomantis caffra).  Further, the native male mantis has been found to be attracted to the South African female mantis, for which he tries to mate with and is invariably eaten.

Coming across one of these was a rare find, maybe I saw one a handful of times over a year but at this point I have not come across one for a very long time!  I see on Nature Watch they are still being sighted in the Auckland area, but there is not much information about them online. Something I did learn was that this species is only found in New Zealand. 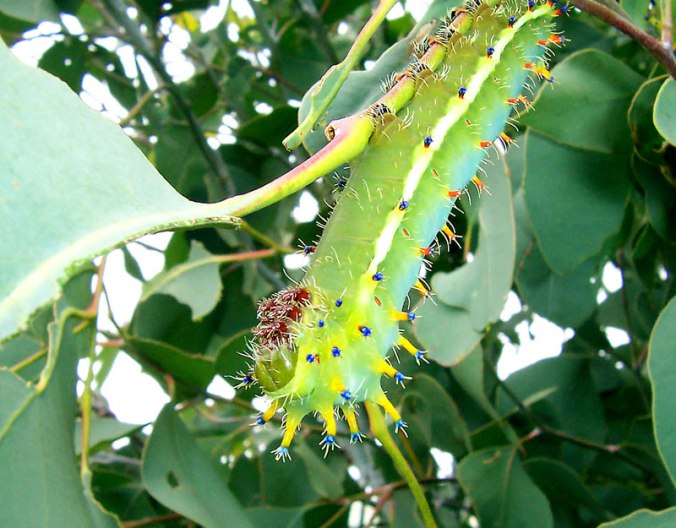 This is not a native species to New Zealand but a favourite of mine as a kid.  It is originally from Australia and its most common host plants are within the eucalypt family, leading to the moth being considered a pest for commercial eucalypt growers.  I do actively look for them when I come across any eucalyptus trees but have not seen one for a few decades now.  However, they are still considered common.

This exercise was probably more of an excuse for me to reminisce about carefree bug-catching days, whilst I work like crazy to grow as many beetles as possible for future experiments.  However, I do think it is important that we take the time to notice the natural environment around us – what are we seeing lot of?  What have we not seen for a long time?  Are we noticing the emergence of certain species of flora or fauna at different times of the year than what we would normally expect?  These sorts of observations can lead to future projects that may highlight population level changes, changes in species distribution, changes in behaviours and/or growth patterns, and at the very least provide more information on often overlooked less charismatic data deficient individuals.

Jessica Devitt is a PhD student at the Centre for Biodiversity & Biosecurity, School of Biological Sciences, University of Auckland and Plant and Food Research. She is researching the respiratory responses of the golden-haired bark beetle to advance fumigation techniques. She is supervised by Jacqueline Beggs from the University of Auckland, Adriana Najar-Rodriguez and Matthew Hall from Plant and Food Research.

fir0002. (2005). The caterpillar of the emperor gum moth in its last stage before pupation.  Retrieved from https://en.wikipedia.org/wiki/Opodiphthera_eucalypti 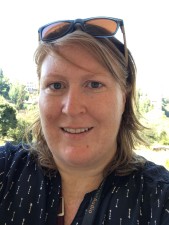 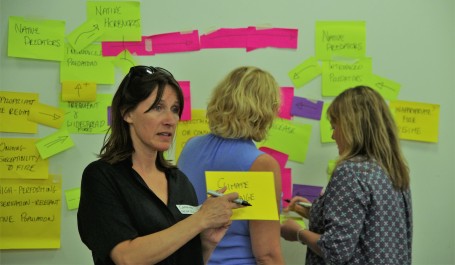 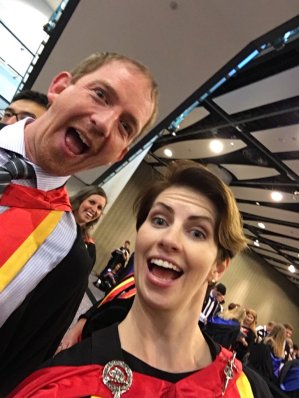