New Zealand is well known for its problems with exotic pests and weeds; whether it’s vertebrate predators and their devastating impacts on native birds, vertebrate herbivores chomping through tonnes of native vegetation per night, or weeds out-competing and smothering native species. Relatively speaking we have excellent information on the number of these exotic species, their distributions, densities, and impacts.

But what about exotic invertebrates? How many are there in New Zealand? Apart from a relatively small number of high profile species, the total number of exotic invertebrates species established here is only a ‘best guess’. However, generating such information is an important part of studying invasion biology, particularly when such information is compared and contrasted with other parts of the world.

Hymenoptera are a massively diverse Order of insects, including bees, ants, wasps, and parasitoids. Humans have a love/hate relationship with Hymenoptera. They can be pollinators of economically important crops and of native plants, and have widespread application as biological control agents for the control of insect pests. However, when they are bad, they are horrid. Invasive ants, social wasps, sawflies, woodwasps, and gall wasps, all cause huge economic, social, and environmental problems in different places around the world.

Recently, we completed the first inventory of all exotic Hymenoptera in New Zealand, and made comparisons to a large European database (DAISIE, Delivering Alien Invasive Species Inventories for Europe).  We found several interesting trends.

Darren Ward is an entomologist in the New Zealand Arthropod Collection at Landcare Research, and a senior lecturer at the School of Biological Sciences, University of Auckland. More detail: Ward DF, Edney-Browne E. 2015. Poles apart: comparing trends of alien Hymenoptera in New Zealand with Europe (DAISIE). Plos One. 10.1371/journal.pone.0132264

One thought on “How many exotic invertebrates in New Zealand?” 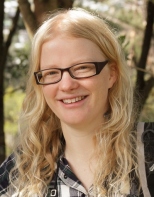 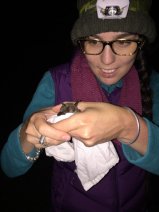