As I’m sure everyone knows, hedgehogs are out there in New Zealand ecosystems wreaking havoc every night munching their way through large volumes of invertebrates, with some lizards and birds thrown in for good measure. But what damage could they really be doing in cities? To get a clearer idea on what hedgehogs are eating in urban bush fragments, I have spent many hours over the last six months stumbling around at night hunting for them so that I can find out. 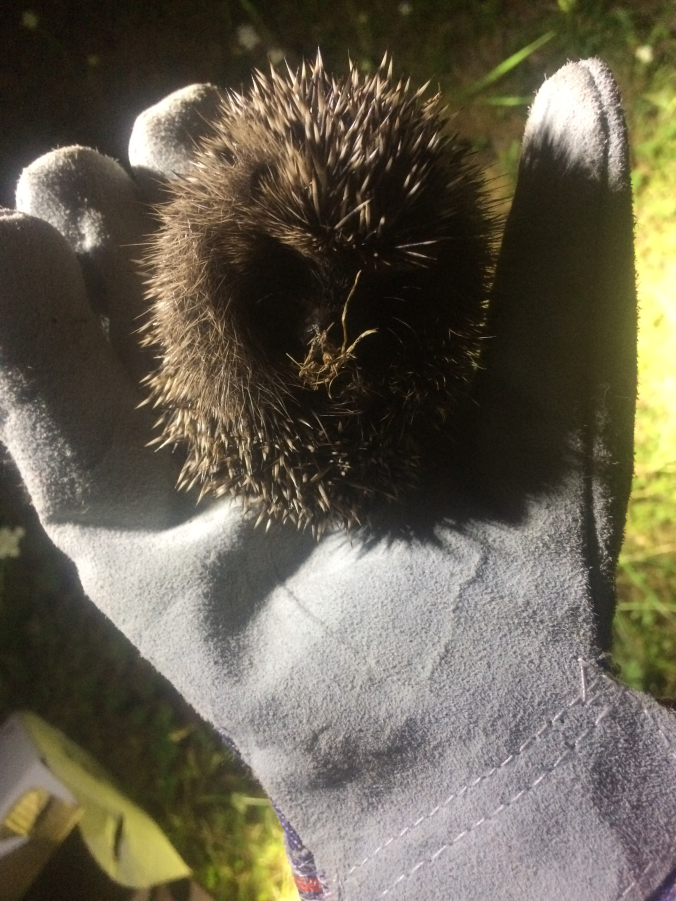 Let me tell you, hunting for hedgehogs is hard! They are small and cryptically coloured, making them difficult to spot amongst the vegetation and leaf litter on the forest floor. Fortunately, I have been lucky enough to have access to a thermal scope which shows anything warm as a bright white glow that is hard to miss.  With the scope I have seen many rats, mice, possums, cats (which often seem to be stalking us…) an elephant*, and many, many sleeping birds.  I have also managed to locate and pick up a number of hedgehogs.  Thank goodness for the scope! Many hedgehogs were seen glowing brightly through it, for me to only peer confused into the darkness, with my torch, wondering where on earth the hedgehog could be.  It sometimes took a second look to realise that the hedgehog was under the log in the bushes.  The great thing about hedgehog hunting is that once you have found them you can just walk up and pick them up (although using gloves is definitely required). 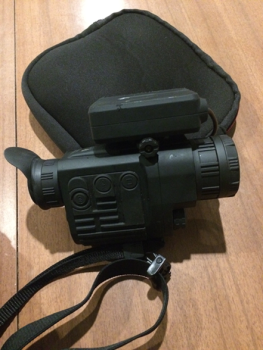 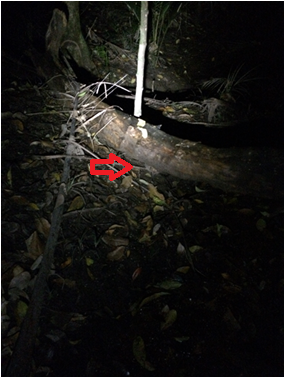 So what have I found in all of my hedgehog stomachs**?  Lots of interesting things.  Hedgehogs seem to be hoovering up whatever they come across, including birds, lizards and invertebrates.  Some of the more interesting things I have found include bird feathers (with tissue attached) in three of my stomachs, another stomach with two lizard feet as well as a number of stomachs with weta in them.  I have also found some giant centipedes with some very pretty blue legs.  The more common things in the stomachs have been beetles, slugs and worms. 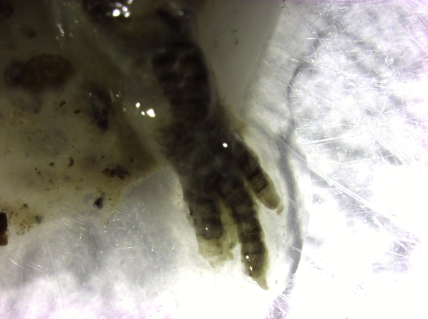 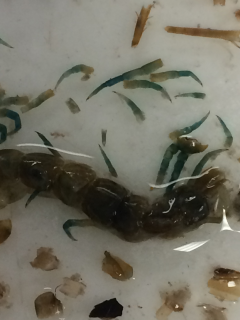 A foot of a skink and a giant centipede

There is so much cool stuff out there in our urban bush patches, and with hedgehogs around, anything at ground level is getting hoovered up pretty quickly. 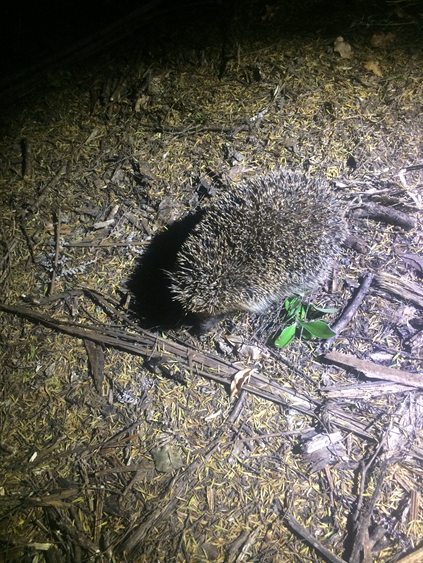 Hedgehog hoovering up some delicious invertebrates 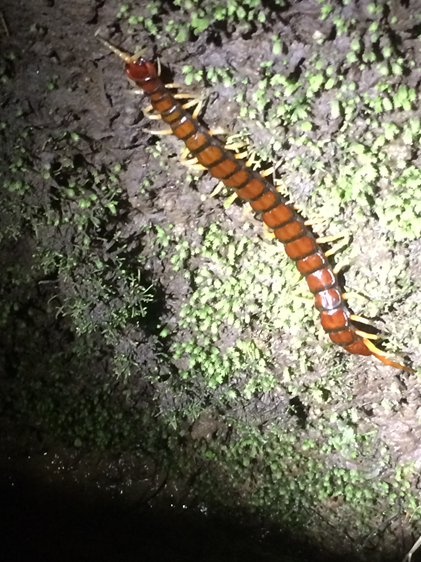 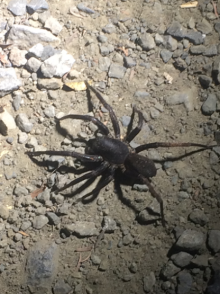 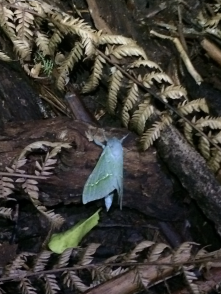 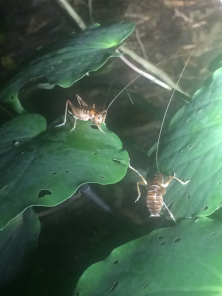 Some more cool stuff that is in our bush when I was out at night hunting – a spider, puriri moth and a couple of weta

*Sadly not wandering, wildly in the bush.  Apparently, Western Springs has a great view into the elephant enclosure.  Disappointingly I only saw it once, although I went back to Western Springs a number of times to hunt for hedgehogs…

Cathy is a MSc student in the Centre for Biodiversity & Biosecurity, School of Biological Sciences, University of Auckland. She is investigating the impact of hedgehogs in urban forest fragments. She is supervised by Margaret Stanley and Al Glen.

2 thoughts on “Hedgehog hunting: A glimpse into the hunt, the stomachs and the cool things you see in between” 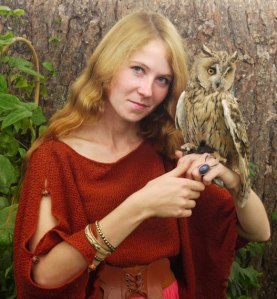 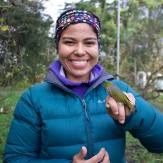 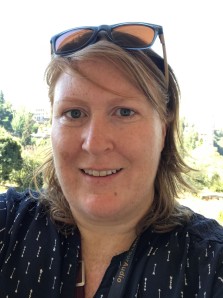 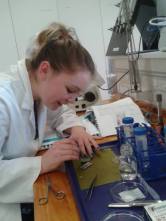 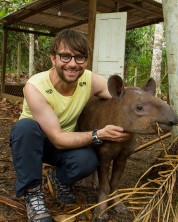 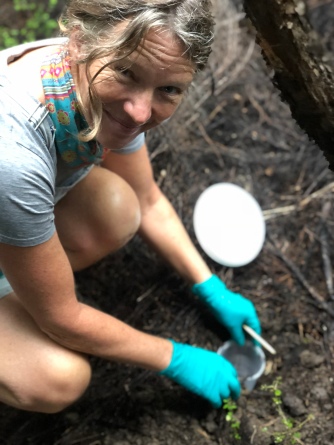 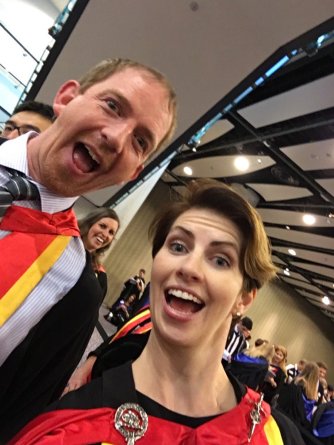